Washington, D.C. (January 26, 2017) – The Embassy of the Republic of Poland has released a new video explaining the importance of using correct terms to describe German Nazi Camps. The video stresses that all too often foreign journalists and writers inaccurately refer to World War II German Nazi Camps as “Polish Camps” or “Camps in Poland.” This is wrong.

“On the eve of International Holocaust Remembrance Day we pay tribute to the millions of victims of the Holocaust and German Nazi oppression. As we approach the 72nd anniversary of the liberation of Auschwitz-Birkenau, the largest and most infamous German Nazi Concentration and Extermination Camp established during World War II, it is imperative that we remind American journalists, educators and students alike about the importance of using accurate language to describe German Nazi Camps. It is not just a matter of semantics” noted Ambassador Piotr Wilczek.

The video is part of the Against “Polish Camps” Campaign, which the Polish Ministry of Foreign Affairs has been leading since 2004. The Polish Embassy in Washington, DC takes an active role in this campaign, reacting to offensive and false public statements about “Polish concentration camps/Polish death camps” appearing in the press. Each year our Embassy undertakes several dozen interventions requesting that inaccurate phrases be replaced with the appropriate words: 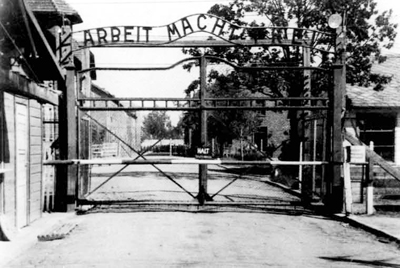 All those interested in this topic should visit the website www.truthaboutcamps.eu where you can find additional information. This website was created through the joint efforts of the Ministry of Foreign Affairs and the Institute of National Remembrance.

We also recommend that everyone, but especially journalists, visit the website correctmistakes.auschwitz.orgwhere one can access an application created by the Auschwitz-Birkenau Former German Nazi Camp State Museum, that prevents the use of the wording ‘Polish concentration camps’. We encourage editorial teams to use this application in order to avoid mistakes.

We thank all institutions and individuals who continue to aid our diplomatic mission in this crucial campaign.