NIAGARA FALLS- The 2017 Buffalo-Niagara International Film Festival started on Wednesday September 20th but that was just the beginning. The other motion picture celebrations continue until Sunday, October 1st. The opening night red carpet festivities (Wednesday, September 20th) had an extravagant arrival, by helicopter, of actor, producer and director Robert Davi, (The Goonies, Die Hard, Licence to Kill, The Expendables 3).

Festival director, Bill Cowell, has an ambitious schedule of panels, workshops and seminars as an added attraction to the festival. It is designed for emerging filmmakers and motion picture lovers combined. “We strive for education to go hand-in-hand with the outstanding films that are being presented,” said Cowell. He added, “At the workshops, students and avid cinema watchers will be able to collaborate with the presenting filmmakers. We have a wonderful selection of international films and will be presenting on two screens.” 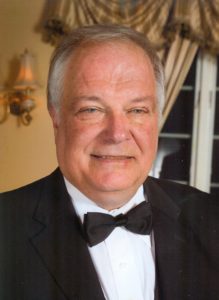 POST-EAGLE sports & entertainment correspondent, Raymond Rolak, will be featured Saturday, September 23, at 11:00 A.M. at the Four Seasons Cinema, 2429 Military Road, Niagara Falls, N.Y. 14304. The workshop is titled, the HARMONY OF MUSIC AND CINEMA. Rolak, said the enrichment will be very worthwhile for student filmmakers and music makers. It will show examples of collaboration and the defined process to reach that point. “They don’t cover this in film or music school,” said Rolak. He will also explain the intricacies of product placement for both full features and shorts. Rolak, a veteran filmmaker and longtime television producer recently contributed with the full feature, Kuleana (2017) which is set to be released to theaters at Christmas time. It was filmed entirely in Hawaii. He spent August in Poland doing site visits in the Krakow and Wrocław areas for an upcoming film on baseball.

Another free seminar that will be presented is the “The Legal In’s & Outs about Financing and Making a Motion Picture” featuring attorneys Mark A. Costello and Alan S. Lockwood. It is Sunday, September 24, at 1:00 P.M. at the Four Seasons Cinema, in Niagara Falls. 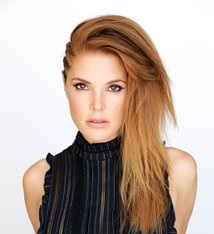 Special guests of the BNIFF will include Nikki Moore (photo on right) and Holly Fain. Moore is a veteran actress and producer, known for Sorority Row (2009), The Babymakers (2012) and Crawlspace (2013). Likewise, Fain has numerous Hollywood credits and is especially noted for her role on Grey’s Anatomy (2011-12). Catherine Oxenberg whose credits include Watch Over Me (2006-2007), The Lair of the White Worm (1988) and Dynasty (1984-1986) will also be appearing.

Below: Photo on left: Catherine Odenberg and on right: Holly Fain 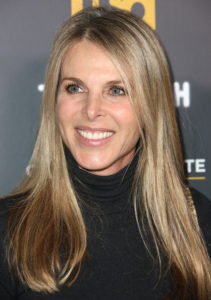 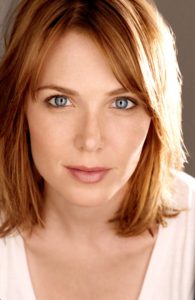