We Have A New Priest!
Ordination In Torun, Poland

On June 14, 2014, Maciej Kępczyński, age 25 from Torun, was ordained a priest in Torun’s cathedral. On June 15, 2014, Father Kępczyński said his first Mass at St. Teresa’s where his family are parishioners. A reception followed with a band. There was dining, dancing, and singing from beginning to end, and a beautiful cake which was enjoyed by all. Maciej wanted to be a priest from a very young age. His cousins, Asia and Agnieska, told the story of how Maciej played a priest and they were the altar servers. They brought him a piece of bread and a cup of juice for the wine. There was a bowl of water for the washing of the hands, and round white chips for communion. Sto Lat Kapłan Maciej Kępczyński!
Submitted by Irene Kapral 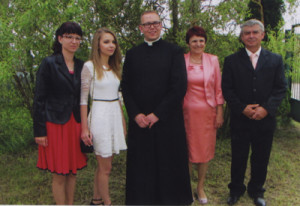 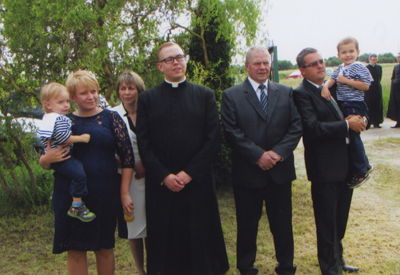 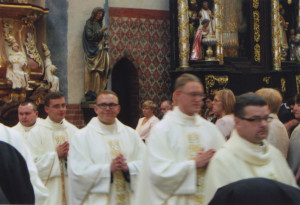 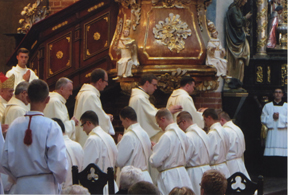