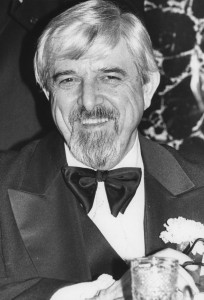 Always first to fight for the good name of Polish Americans and Poland, coming to the defense of Poland and her people, Chester Grabowski, Editor and Publisher of The Post Eagle newspaper, died on April 25, 2012; just seven months before the Post Eagle’s 50th Anniversary.

Chester was born on July 13, 1925 in Harrison NJ, to parents who emigrated from Poland.

He was a former member of the Matusz Polish Folk Dance Group and a member of various singing societies.

Chester was also a member of the Kosciuszko Foundation, Association of the Sons of Poland, Polish National Alliance, Polish University Club of New Jersey, Polish National Union, and founder of The Polonians Inc. to name a few.

Chester was fluent in Polish, and acted as an interpreter in the New Jersey courts.

Due to the lack of representation and recognition of the Polish people in the mass media, Chet Grabowski decided to dedicate his life to this cause. Taking a brave stand, Mr. Grabowski in 1963, launched his dream, THE POST EAGLE, a Polish American weekly newspaper. Through this paper he fought for Polish recognition in all areas of endeavor very successfully. Chester dedicated the newspaper to the preservation of the Polish heritage and culture in the U.S., the recognition for all Americans of Polish descent, and promoting good citizenship in our country.

He improved people-to-people contacts between Poles and Americans when Poland was under Communist control. Facilitating the adoption of Polish babies by American couples, encouraging Americans to study medicine in Poland, and raising money to build the Polish Mothers’ Memorial Hospital in Łodz, Poland, all helped to promote goodwill between the American and the Polish people.

Over nearly five decades Grabowski’s forceful editorials in THE POST EAGLE admonished Polish Americans for their passivity on the American scene. He spearheaded the campaign to boycott companies which sponsored television programs that broadcast defamatory comments, often in the form of so-called jokes, about Poland and the Poles. He also encouraged Polish Americans to seek elective and appointed governmental offices, to work for the election of pro-Polish candidates, and to influence American public opinion in favor of Poland.

In addition to lecturing at American colleges and universities on United States relations with Poland, Grabowski was the host of a 60 minutes’ television program, “THE POLONIAN HOUR”, which included interviews with top entertainers and political figures. He also ran his own radio show over WHBI in 1964.

He also appeared on numerous television shows which included the Joe Franklin and Allan Burke Shows, also a Polish talk show in Warsaw, Poland while touring there.

He enjoyed his friendships with Polish entertainers such as Bobby Vinton, Stephanie Powers, Ted Konopka, Loretta Swit, Liberace, just to name a few.

He was a frequent visitor to Poland, the land of his parents.

In politics, Mr. Grabowski was a candidate both for Congress and for Governor of New Jersey, as well as state coordinator for the Presidential candidates of both Barry Goldwater and Richard Nixon.

But no medal, no amount of recognition or kudos, will come close to the love and gratitude he engendered with those who knew him best. Listing his affiliations and distinctions is a dry way of acknowledging his achievements, but a necessary one. However, composing a list of the people he touched in a positive way would fill many volumes and still fall far short of illuminating the nobility of his spirit. Let us say that from time to time we are privileged to meet such a man. Requiescat in pace.

Chester Grabowski is survived by his former wife Jean (Garb) Grabowski, his loving children Chris, Ray, Matt, Val, Alex, his granddaughter Angelique, his nieces and nephews, and his many friends including Johnny O’Rourke.