“The Bodyguard”… A Must See

NEW JERSEY – With the closing of “Jersey Boys” on January 15th, the timing could not be more perfect for “The Bodyguard” to hit Broadway after its startup run at the famed “Paper Mill Playhouse” in Milburn, New Jersey. Once again the Paper Mill Playhouse has staged a Broadway sensation starring Deborah Cox who plays Rachel Marron/Whitney Houston in a stage version that rivals the musical sensation Jersey Boys as a must see show worthy of 5 stars. New Jersey should also be proud as the birthplace of both legends Whitney and Frankie Vale. 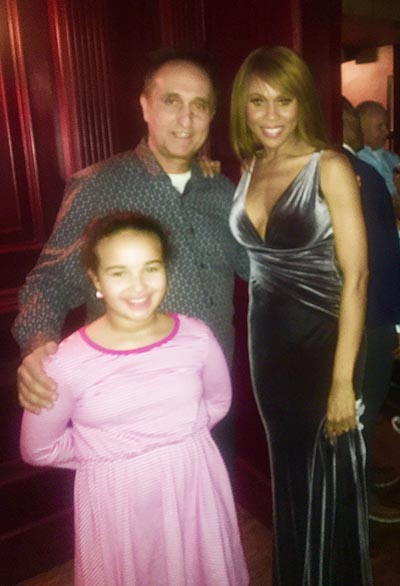 Seldom is there a show that can match a movie that was starred in by legendary singer Whitney Houston and matinee idol Kevin Costner but The Bodyguard which runs through Jan. 1. Playing Costner is Judson Mills who gained famed alongside Chuck Norris in the popular TV series “Walker, Texas Ranger.”  The book was written by Alex Dinelaris, who was in the audience during the production and gave Talia a high-five during the show for her ability to sing along the hit songs. He has a major hit on his hands and the entire production crew should find their way to Broadway. The Paper Mill Playhouse has become the proving grounds for shows to move to NYC and Mark Hoebee and Todd Schmidt have hit a grand slam.