“Save The Music” Says Lenny Gomulka 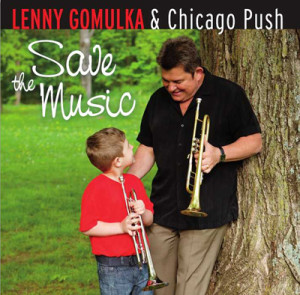 The polka world has always focused on preserving music and preserving cultural traditions. Not until now has the discussion come up to save the music as we know it. Polka music has been known to bring friends together. It’s been a family form of wholesome entertainment and it’s been a genuine way for people to meet people.

In the newest CD just released by Lenny Gomulka & Chicago Push the focus has shifted from “preserving” the music to “saving” the music. Not as simple as it may seem, polka music needs to be saved from falling by the wayside. Polka music unlike other musical genres consists of a unique, loyal, passionate fan base. Those pure polka fans & enthusiasts are indeed the spirit and inspiration for every bandleader, every musician, every polka promoter. Collectively, entertainers & fans alike need a unified approach to re-image polka music in order to gain more respect.

The word is already out there. Even VH1 has formed their Save The Music Foundation to develop strategic partnerships with school districts and to build sustainable instrumental music programs to public elementary and middle school students. It’s been proven that the benefits of music education are astounding and studies have consistently exposed the tremendously positive effect music education has on a child’s academic performance, sense of community, self­-expression and self­-esteem.