Pulaski Police To Be Honored By P.A.C. 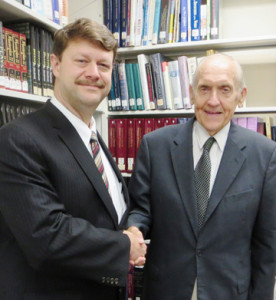 Brooklyn N.Y. .. It’s going to be the Pulaski Association of the New York City Police Department who will be served with a citation when the Downstate Division of the Polish American Congress (PAC) holds its Annual Awards Banquet at Greenpoint’s Polish & Slavic Center on October 26th.

The reason for it?  For being one of New York’s outstanding Polish American organizations for more than a half-century, according to PAC president Frank Milewski.  Accepting the award on behalf of the Pulaski Police will be their current president Michael Lukowski.

The Pulaski group was created as a Polish fraternal organization within the N.Y. City Police Department.  Over the years it has grown to a membership of 1,500 active and retired City police officers of Polish and Slavic heritage.

And it was the initiative and imagination of the Founders Committee which further led to the creation of the Grand Council of Polish Associations.  It was the Grand Council which then encouraged the establishment of Polish fraternal organizations within police departments in the neighboring counties of Westchester, Nassau and Suffolk and in major cities like Buffalo, Philadelphia, Cleveland and Chicago.

Civil servants from other ethnic groups have also formed similar fraternal organizations in the N.Y. City Police Department.  “But when it comes to displaying pride in their Polish heritage, it’s hard to beat the police of the Pulaski Association,” said Milewski.

The PAC’s Awards Banquet on Saturday, October 26th will be held at The Polish & Slavic Center’s banquet hall is at 177 Kent Street in Greenpoint, Brooklyn (the renovated building which once was the former St. Alphonsus Church).  Detailed information is available at (718) 383-5290.