NEW JERSEY – The Polish American Citizens Club of Whitehouse Station is celebrating the 80th anniversary of its founding with a Polish Festival on Saturday, October 19.  The celebration will include a Mass at Our Lady of Lourdes, and will be followed by a hearty Polish dinner and Polka night at Liberty Hall, 49 Kline Blvd., Whitehouse Station. Tickets for the dinner and dance can be reserved by calling the club at 908-534-6230. 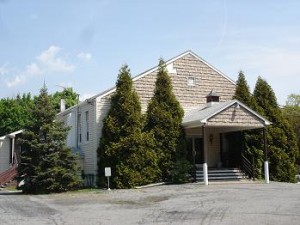 A group of 18 people met on the lawn of Mr. Frank Burowiec in October, 1933 and organized the Polish-American Citizens’ Club.  At this meeting four officers were elected.  They were: Paul Rusiniski, President; Samuel Skoposki, Vice President; Stephen Gola, Secretary; and Thomas Deczkiewicz, Treasurer. They met once a month at the home of Mr. Frank Burowiec for several months and then at the Whitehouse Station firehouse for a little while.  Beginning in March 1935 the meetings were held at the auditorium of Our Lady of Lourdes until 1950.  The meetings were then held at the American Legion Hall until the members built a place of their own. A building committee was elected to have the Liberty Hall built.  Chairman of this committee was Walter Busher and the committee consisted of Paul Rusinski, Stanley Kolodzinski, Benny Adamczyk, Benny Emilut, Anthony Szaniawski, and building secretary Julia Baranski.  The hall was started in 1951.  Design and plans drawn by Anthony Szaniawski.

The people that built this hall worked hard and long.  Also some labor and materials were donated by members and friends of the Polish-American Citizens’ Club.  In April 1953, the first meeting was held at the new Liberty Hall.  Since then many hours and materials have been donated by some of the club members to improve the hall and the grounds. In April 1954, a club liquor license was granted to this club and it is still in existence.  The club members began catering many weddings and private dinner-dances for other organizations as well as club affairs such as a Mother’s Day Dinner-Dance and a New Year’s Eve Ball.

In the middle of 1960, a young teacher, Miss Freda Czerkies, was encouraged to come to the club to teach the young members some Polish Folk dances and songs.  They became the Polish Youth Dancers.  They performed at schools, clubs, and civic organizations.  Donations were made for costumes and transportation to these events.  From the small amount of money saved they hoped to start a Polish Supplementary School for the young.  This finally came about in April of 1963.  A donation of 50 Polish Elementary books were a great help to the starting 36 students and 4 teachers.

The students from the school performed each year at a Christmas Pageant which many came to see and the group received raves from all the public.  They held a Polish Festival at the club to raise money for the building of the Hunterdon Medical Center and performed in parades also.  They were a group to be greatly proud of.

In the 1970s and 1980s, the senior citizens of Hunterdon County benefitted from a Health Screening Day which was held at the club for many years. Club members designed and built wonderful floats that have been entered in parades over the years and they brought awards and recognition to our organization.

The club has contributed many awards to students at Readington Township Schools over the past years.  In June of 1983, Sophie Dragan was instrumental in helping the club develop its first high School Scholarship and this scholarship continues through today.  Contributions are given each year to our fine Fire Department and the Rescue Squad as well.  Many individuals and organizations have benefited greatly by the efforts of our club.

In September of 1982, under the guidance of the then club president, Edward Kokosinski, we undertook the biggest affair yet when President of the United States, Ronald Reagan and the Governor of New Jersey, Thomas Kean, paid us a visit to witness a Naturalization Ceremony.  This was a real test of all club members as many worked many hours to make this event highly successful.

The club members are constantly striving to improve our facility.  Some of the changes over the last 50 years have included pavement of our driveway and parking areas, new chandeliers, air conditioning, carpeting, curtains, wallpaper, a dumbwaiter and a large television screen.  A second oven, a dishwasher, a second slicer, and a second refrigerator as well as other kitchen aids have helped to remodel and update our kitchen.  These changes have helped our members to provide the finest service to all our affairs. Areas of the building underwent major renovation in the early 1990s under the guidance of then president Alex Saharic.  The club room bar and upstairs bar and storage areas were added.

Today, the Polish American Citizens Club remains a vibrant part of the Whitehouse Station and Readington Township Community.  Club members continue the tradition of providing quality dinners and dances both for club affairs and for private groups such as Girl Scouts, Readington Farms, and the Center for Great Expectations.  The club hosts live music nights in the club room featuring local artists such as Rainsong, the Round Mountain Boys, Paul DeWolfe, and talent from Hunterdon Central Regional High School.  The club also serves as a venue for the Readington Community Theater.  The Readington Township Senior Citizens group uses the facility as their hub for meetings and events.  The club membership elected our first female president in April 2012 after the passing of beloved president Frank Omilian.

We all hope the future of the club will be as prosperous and promising as the past years have been.  Membership is open to any US citizen or person in the process of becoming a citizen who is of Polish or Slavonic descent.  Spouse of an active member may become a member as well regardless of ancestry.  Members must be 18 years of age.  The objectives of this club are to unite members in a fraternal friendship, to promote and encourage good fellowship, to assist them in case of need and to provide them with the convenience of a club house.    To remain in good standing, members must be up to date on annual dues, attend at least 3 meetings a year, and volunteer to support club activities and events.