PATERSON, NEW JERSEY – The establishment of the Paterson Great Falls National Historical Park in 2011 saw the hard work of former Mayors Pat Kramer and Bill Pascrell come to fruition.  Congressman Pascrell took up the cause begun by Kramer when Pascrell was Mayor; he worked hard in Congress to get the Falls recognized as a National Park.

PHOTO:  Paterson Great Falls. Alexander Hamilton founding father of the United States of America helped to make Paterson the first Industrial City in America.  The ability of the Paterson Falls to generate hydroelectric power helped a young nation grow its manufacturing base. 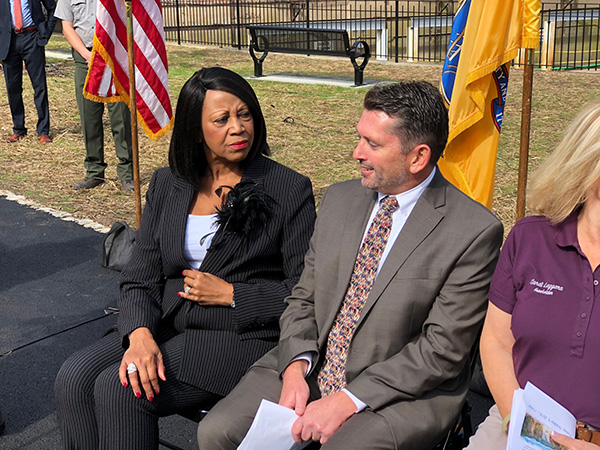 The distinguished gathering of speakers heard a very nice rendition of the National Anthem by Makiyah McDuffie, and “God Bless America” was performed by Ariel Lampley.  The Paterson Music Project performed a song by Alicia Keys and “America the Beautiful.”

The making of the Paterson Great Falls National Historical Park in a city that needs redevelopment has been a boost to the surrounding neighborhoods with an increase in tourism and the projected development in the future.  Overlook Park was established in the 1960s’ because of its great view of the Falls. Alexander Hamilton understood the importance of the Falls which creates hydroelectric power that was used to make Paterson the first great industrial city in America. 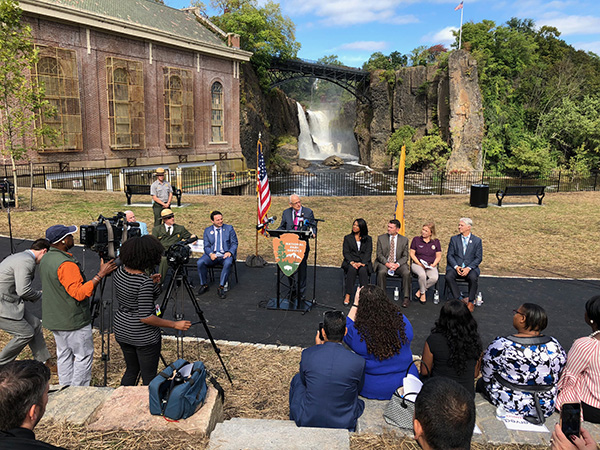 As with the decline of manufacturing in post World War II America, Paterson slowly declined as most cities in America, losing jobs and population to the suburbs.  But the 21st Century ushered in a revitalization of the cities. And since 2010, stronger growth has been shown in New Jersey, highlighted in Newark and Jersey City and has spread to Paterson. 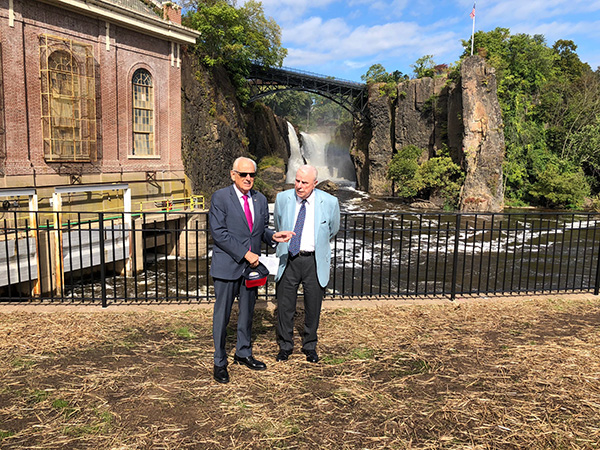 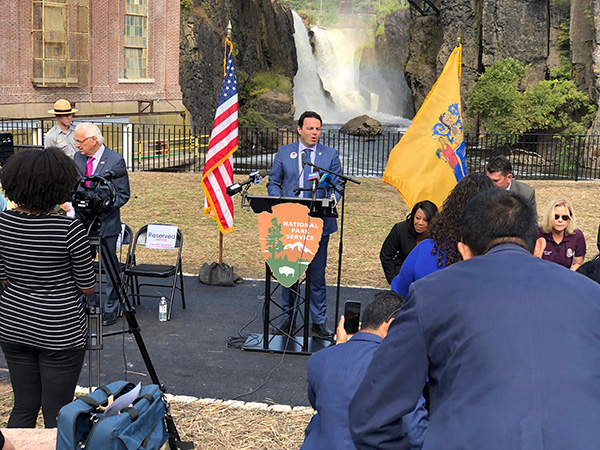 PHOTO: Paterson Mayor Andre Sayegh addresses the crowd. The Falls have become a tourist destination. The Mayor hopes to see the entire district move forward with development of the historic factories into retail, housing and restaurants that will help revitalize his city.