Prelude to the 100th Anniversary of Poland’s Regaining of Independence
NEW YORK CITY – Consulate General of the Republic of Poland in New York together with Ars Activa Foundation and Finitor Foundation cordially invite you to a special concert dedicated to Paderewski and Piłsudski, fathers of the Poland’s Independence, which will take place on December 11
th, 2017 at 8:00 PM at Carnegie Hall. The music program will be featured by Dang Thai Son, winner of the 1980 Chopin Piano Competition. He will present compositions by Frederic Chopin and Ignacy Jan Paderewski.  Tickets: CarnegieCharge: 212-247-7800, Carnegie Hall Box Office, https://www.carnegiehall.org/calendar/2017/12/11/piano-trio-0800pm More information you can find here. The concert is held under the Honorary Patronage of the Consulate General of the Republic of Poland. 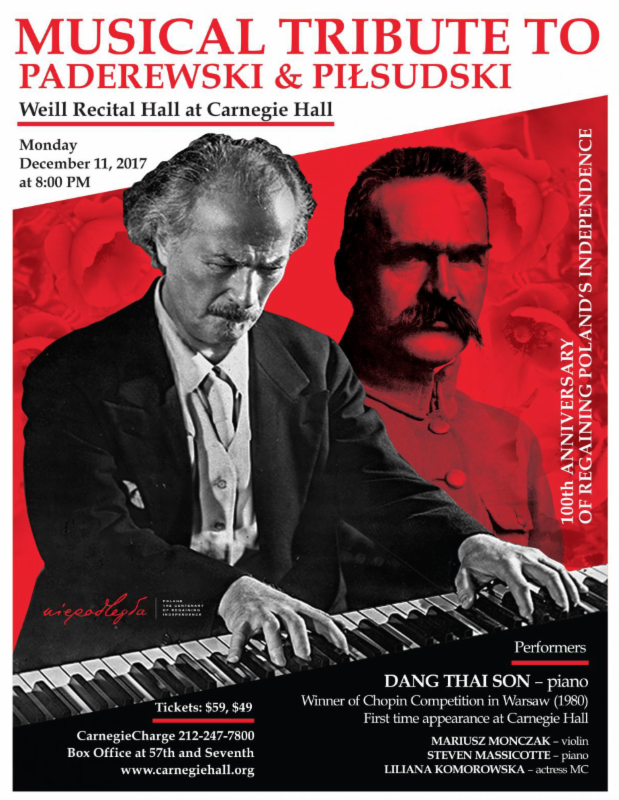