Responders Run Motorcycle Rally presented a check to the father of a Green Beret killed in action in Kunduz Province, Afghanistan for his seven-year-old granddaughter. Photo: Green Beret Michael Goble

SFC Goble, a former Westwood resident, had served several tours in Afghanistan and was a highly decorated soldier. He volunteered for Special Forces, the elite Green Berets and was assigned to the Seventh Special Forces Group following his training and parachute qualifications. 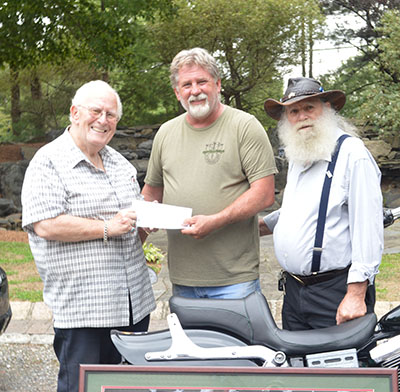 The check was presented by Responders Run President Bob Nesoff and Secretary Howard Cohn. Responders Run is incorporated as a non-profit with the specific purpose of raising funds for the families of First Responders: police, fire, EMTs and military seriously injured or killed in the line of duty Funds are raised through an annual motorcycle rally and generous sponsors.

The rally designs a different and interesting route each year. It begins and ends at the Paramus VFW for an after party with food and entertainment. Nesoff expressed appreciation for the support and assistance of Mayor Richard LaBarbiera and the borough council and Police Chief Kenneth Ehrenberg and the Paramus Police Department.

“Without their help we could never have gotten this off the ground,” he said.

Responders Run previously presented a check to the family of a Jersey City police detective murdered by terrorist.

“This is something you hope never becomes necessary,” Cohn commented. “But if it is, we need to be able to support those who protect us.” 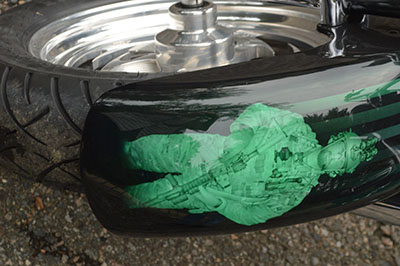 In photo: Randy Derzinga’s motorcycle is decorated with the likeness of his son, SFC Michael Goble and the crest of the Seventh Special Forces Group

Responders Run was canceled this year because of the pandemic but is slated for August 15, 2021.