NEW YORK – A Polka event that will be remembered for ages will take place on Saturday, April 6, 2013 (7 PM) at the historic Starlight Ballroom of the Port Washington Polish Club 5 Pulaski Place, Port Washington, L.I. N.Y., the same venue that has hosted the biggest names in Polka for years. Bernie Witkowski, Gene Wisniewski and his Harmony Bells, Larry Chesky, Joe Rock, Walter Solek, Al Soyka, Jimmy Sturr, and many others have played from the exact stage constructed decades ago and maintained in its original structure to the present day. 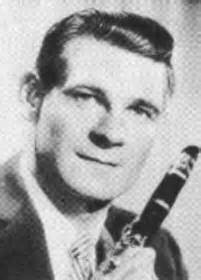 That evening polka fans will pay tribute to one of the greats of this genre of music specifically, Ray Budzilek. Ray was a courageous Korean War Veteran injured in service to his Country and in spite of his lifelong confinement to a wheel chair, the result of his battle wounds, rose to the very top of the music business. The band he formed after returning home was almost immediately recognized as one of the great polka acts of all time.

He had entered the Service as an accordionist who was just starting in the music field and subsequently was forced to switch to a Clarinet and Saxophone because of his disability. Capitol Records, the label that recorded music legends like Frank Sinatra, Dean Martin and scores of others, offered Budzilek his first recording contract in the late 1950s and subsequently released four long play albums by the Budzilek band.

The evening of April 6, fans will pay tribute to the late leader by witnessing a performance by Bud Hundenski and his Corsairs Orchestra, restructured for the event. The band will consist of ten of the finest musicians, including Hundenski regular members and added personnel playing the exact arrangements of the songs from those award winning recordings. Bandleader Hundenski devoted one hundred hours arranging each number for each of the ten instruments in the scheduled performance, an exact duplication of the arrangements of the famous recordings like “Drummer Boy”; “We Like Polka Music”; and scores of others. Eddie Biegaj, one of the polka field’s greatest vocalists, will perform on the Budzilek lead singer’s songs. And, in a tribute to his dad, who originally scored and recorded the music to include two drummers, Ray Budzilek Jr. (an accomplished drummer in his own right) will perform on a second set of drums throughout the performance. Members of the Budzilek family will be in attendance, knowing that the NY-NJ Metropolitan area was a prime fan base for the Budzilek Orchestra.

The Master of Ceremonies for the evening will be noted NYC-NJ radio announcer Bill Shibilski.

Further information about the event, including table reservations for larger parties, ticket purchases, and directions may be obtained from the Port Washington Polish American Cultural Association at area 516-883-5553 or via email at pwpolishclub@gmail.com