Learning Outside The Classroom

Throughout the year and all around the country students are hard at work, learning about history, geography, and the world as we know it today. However, students are rarely given the opportunity to apply the skills and knowledge they have developed in a real life situation. On a recent trip with my Model UN club from school, I experienced one of these rare opportunities. Model UN is essentially a simulation of the United Nations, hence the name Model UN. Students around the world are provided the opportunity to prepare, study, and practice what they have learned in a real life setting. 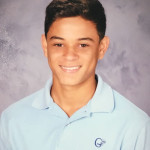 With it being my first conference, the amount of research and practice that goes into attending a conference can be quite intimidating. Students are generally assigned to a committee from the actual United Nations and are then assigned a country. The main goal of the student is to represent the interests of their country to the best of their ability while in conference. For example, I was assigned the nation of Italy in addition to the International Atomic Energy Agency (IAEA) committee. It was my job to align myself politically with Italy’s allies, protect the interests of my country regarding nuclear energy, and to ensure peace and agreement with the many other nations involved with the committee.

Within these conferences, public speaking is a skill that is absolutely vital in order to have success. In a general assembly committee, there can be as many as one hundred other students in the room, each representing other nations. In order to efficiently get a point across, students must go to the front of the room and state their opinion on the topics of discussion. By doing so, the delegate of the country is able to let the other nations be aware of their particular interests and goals.

Another critical skill that is developed while participating in a conference is negotiation. As a nation that is part of a supranational organization like the United Nations, it is important to realize that not every resolution will include all of one’s own interests. As a delegate, one will have to compromise some of the minor issues in order to solve a greater more global issue. The goal of the United Nations is to promote peace and international camaraderie in all respects. Thus, involved students are expected to work towards that same realistic goal.

All in all, while participating in the recent Model UN Conference at Johns Hopkins University in Baltimore, Maryland, I gained valuable experience and had a great time. I appreciate the guidance and preparation afforded to me by my school, my lead teacher, and my fellow peers. In the future, I hope to go to participate in more conferences and to test my skills at other universities across the nation.