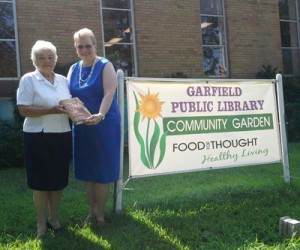 Last year, Poland’s Sejm voted to name 2014, the centennial year of his birth anniversary, “THE YEAR OF JAN KARSKI”. At their spring 2013 meeting, the Council of National Directors of the POLISH AMERICAN CONGRESS (PAC), America’s kin country lobby for a strong and sovereign Poland as the key country in East Central Europe that promotes American democratic values and the national interests of the United States, enacted a resolution that requested all of the PAC’s State Divisions to hold events to commemorate “THE YEAR OF JAN KARSKI”.

The PAC’s New Jersey Division (PAC, NJD) is implementing this resolution by donating to municipal libraries, and to the libraries of other not-for-profit organizations, copies of the new edition of Jan Karski’s STORY OF A SECRET STATE: My Report to the World (Georgetown University Press, Washington, DC: 2014). The first edition of this book, Karski’s war memoires, was published in 1944. The new edition has a Foreward by former Secretary of State Madeleine Albright, and an Afterword by Professor Zbigniew Brzezinski, who met Jan Karski in 1944 when he was a dinner guest at the Brzezinski’s residence in Canada where the professor’s father was serving as Consul of the Polish State, the official name of Free Poland after the collapse of the Second Republic in September 1939.

The best source of information about the life and legacy of Jan Karski (1914-2000) is the web site (www.jankarski.net) of the JAN KARSKI EDUCATIONAL FOUNDATION. The president of this foundation is the well known lecturer, author, and television personality, Wanda Urbanska, who manages operations in the United States. The Jan Karski Educational Foundation also is active in Poland.

On the Foundation’s web site, Wanda Urbanska writes that: “The mission of the Jan Karski foundation is to instill in people–especially the youth–the values of leadership, courage and integrity, as exemplified by the life of Jan Karski Humanity’s Hero.” Urbanska then puts Karski’s historic significance into a nutshell: “In the midst of World War II, Jan Karski was dispatched by the Polish Underground to inform Western Allies about the reign of terror in German Nazi-occupied Poland and to seek intervention. Karski’s courageous mission, against all odds in the darkest of hours, qualifies him as Humanity’s Hero.”

When Mrs. John A. Czop, nee Ann Kozlowicz, was growing up in Garfield, she graduated from Garfield High School in January 1941, the population was predominantly of Italian and Polish origin. Today, the population is far more diverse, and includes speakers of 42 languages. She is a member of the PAC, NJD and long-serving Secretary of Branch 5, The Tadeusz Kościuszko Society, of the Polish National Union of America (PNU). The PNU is an organizational member of the PAC.

The Garfield Free Public Library is much bigger and better then it was when Ann was growing up, who remembers the first library located in tiny quarters on Palisade Ave. Today, Director Mary Jo Jennings is leading the Garfield Library to meet contemporary challenges.