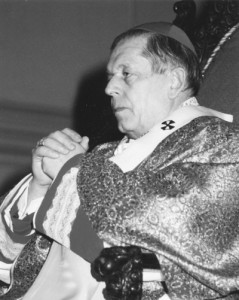 Former Primate of Poland, Józef Cardinal Glemp, leader of Poland’s Roman Catholic Church through the transition from communism to democracy, passed away in Warsaw at the age of 83. The Cardinal, who had been suffering from a long illness, died in the hospital of lung cancer late in the evening on Wednesday, January 23, 2013.

Cardinal Glemp, born in December 1929 in Inowrocław, Kujawia, was appointed Primate of Poland after the death of Cardinal Stefan Wyszyński in 1981, the year martial law was declared by the Polish communist authorities. As head of the Catholic Church in Poland, he led the Church through the difficult 1980s which saw the collapse of communism. He remained Primate of Poland until December 18, 2009.

His ecclesiastical career saw him ordained to the priesthood in 1956. Two years later he was sent to Rome to study canon law and returned to Poland with his doctorate in 1964. Upon his return, he worked for 15 years in the Secretariat of Cardinal Wyszyński. Glemp was consecrated a bishop in 1979 and a cardinal in 1983. As the Archbishop of Warsaw he also served as President of the Episcopal Conference in Poland from 1981 to 2004.