Governor Murphy and the legislature took a little longer than necessary, so Delaware got the win on being the first state to join Nevada with legalized Sports Book Betting. But the Garden State, which had led the fight to the Supreme Court, did open the Books on June 14th, Flag Day. Governor Murphy, who championed the belief that it’s better to make it legal than have it controlled by organized crime, made the first two bets at Monmouth Park Race and Sports Betting which only seemed fitting to be the inaugural site for legal sports gambling in New Jersey. The Borgata filed suit an hour later and a new era began in the Garden State to accentuate Casino Gambling which started in 1978.

I think it’s only likely that before August, the Meadowlands Race Track and all the Atlantic City Casinos will begin Sports Book Betting.  The British Bookmaker William Hill has partnered with the Monmouth Park venture which should help make the track a first class destination for the horse and sports gambler.

The amount of tax revenue that will be generated is predicted at $13 Million, a number seemingly modest, but time will tell how much money the state will make off your winnings. The hope is that this new venture will bring tourists and gamblers into New Jersey for major sporting events which occur during the year. The Super Bowl, the NCAA Tournament, NBA Finals. Stanley Cup Finals and World Cup Soccer are just a few examples. 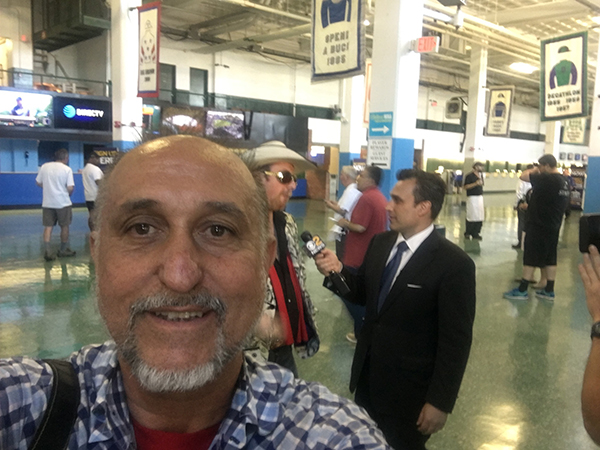