Once upon a time the only complaints about air travel were lost luggage, annoying kids kicking the back of your seat and what passed for food in Cattle Class…ooops, Economy/Coach.

Today with crazies hiding explosives and caustic chemicals in everything from shoes to breast implants most governments-especially the United States-have begun instituting rules that make travel a bit more complicated.

Business travelers will find some of the new regs more annoying than say, family travelers and vacationers.  A de rigueur piece of equipment for virtually every business traveler, and especially for travel writers, is the laptop computer.

On long flights the time can be easily passed by opening the laptop and passing the time by writing. Some use it to watch movies (instead of paying the exorbitant fees most airlines charge. Others indulge in solitaire or a litany of embedded games.

Because of the potential for explosive to be hidden in the thin machines there has been a ban on bringing them on board as carry-on. Sometimes. 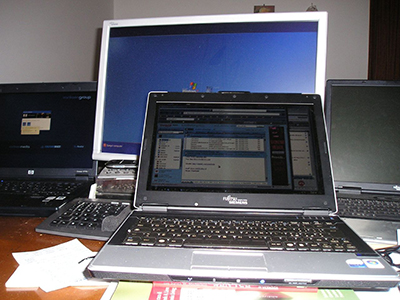 The ban does not apply to domestic flights. That may make sense to some but not to everyone. The nut jobs have gone after inra-country flights as well as international but some braintrust in the government decreed that only international flights will have to add to the boredom.

The list sounds oddly similar to the government’s proposed temporary ban on travelers and immigrants coming to the United States from certain countries.

Yes, the ban does not exempt American citizens but permits them to carry medical devices. Cell phones are permitted but only older models as smart phones are on the no-no list.

Your options are to either ship them ahead or stow them in the  belly of the beast.

Putting them in stowed luggage carries some risks. In this country TSA agents have been known to “help” themselves to items in stowed luggage. The same holds true for Middle East nations. Emirates Air is offering to provide a free laptop handling service allowing you to hand them over prior to boarding. They will be boxed and secured in the hold.

Because of the possibility of damage or theft make sure that you back everything up. A good external hard drive is an excellent choice as is a flash drive with a lot of memory capability. You might also want to consider insurance in the event the equipment is damaged.

Sometimes that kid kicking the back of your seat is way preferable to the hassle of security regulations.