Clifton Night At The Jackals

CLIFTON, NJ On July 23, 2015, over 330 Clifton residents enjoyed “Clifton Night at the Jackals”, held at Yogi Berra Stadium, located on the campus of Montclair State University. This annual event is co-hosted by the Clifton Recreation Department, the Clifton Optimist Club and the New Jersey Jackals. 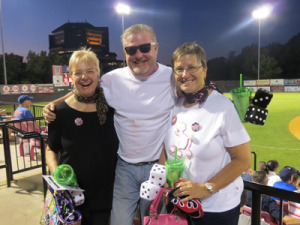 A hula hoop contest, bubble gum blowing contest and limbo contest was held during the evening. Our winners included Katelyn McGowan for the Hula Hoop Contest, Mia Turrin for the Limbo Contest and Sophia Sculley for the Bubble Gum Blowing Contest. All kids who participated received a prize. During the evening, Jackals apparel and gifts were raffled off courtesy of the Clifton Optimist Club.

As always, a few young Cliftonites had the opportunity to be baseball buddies, which gave them the opportunity to go up close and meet some of the Jackals players. The event was a huge success thanks to the hard working staff, the NJ Jackals and the Clifton Optimist Club.   We hope to see you next year! 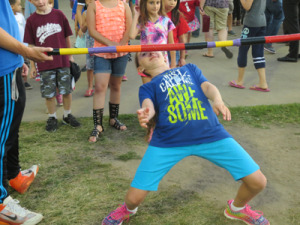 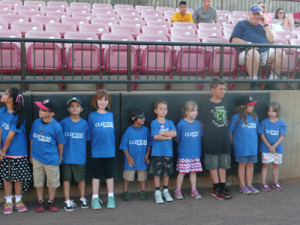