Clifton Children and Families
Experience The Joy of Christmas

CLIFTON, N.J. — Power of One impacted local families with an enchanted Christmas party on Sunday, Dec. 16, at the Italian American COOP Hall in Botany Village Clifton. Power of One Director Kim Castellano invited local children from the nonprofit’s partnerships, including the Clifton Public Library and Clifton After School Programs, along with families they serve and volunteers. (In photo: Over 40 volunteers helped make Power of One’s Christmas party a success.)

Low-income families were given an opportunity to experience an afternoon of old-fashioned Christmas joy.

As the parents entered the beautifully decorated hall for Christmas, they were amazed at the magic of Christmas that awaited them. Smiles and the sound of children’s laughter filled the hall as parents watched their children dance around together. According to the COOP event coordinator, over 20 years ago the Italian American COOP regularly held these types of parties for local children.

“It was like the Hall was waiting for us,” said Castellano, who said it also reminded her of the old-time Christmas fun she remembers as a little girl. 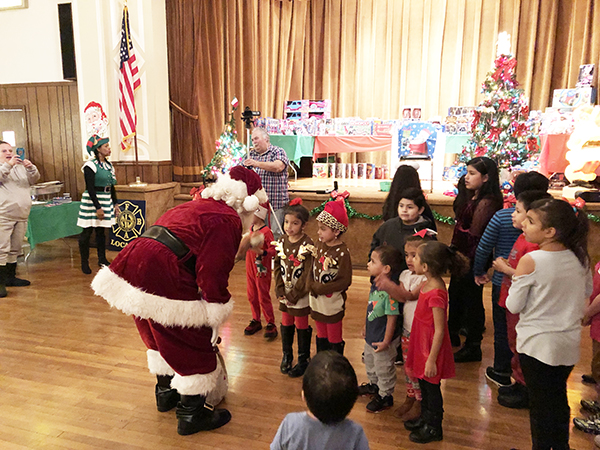 Over 40 volunteers helped organize the event, which 75 children with their families attended.

Chelsea Durocher, owner and entertainer at children’s party company Let’s Clown Around, led the children in sing and dance. Durocher was dressed as Santa’s elf and announced the arrival of Santa (Danny Garrett of Clifton) to the party. Children also enjoyed a take-home craft sponsored by Clifton Girl Scout Troop 95322, and Power of One volunteers took the stage to help children take their picture with Santa and select a toy for Christmas. Victor Scrivens of OEM Clifton offered his DJ talent and added music and a light show to the event. Hot dogs, mac and cheese and Christmas cookies were offered to everyone.

“I’ve worked with many children at parties, Durocher said. “The children and parents really appreciated what you did for them today, and they had so much fun.”

Many thanks to William Espinoza from the Clifton FMBA Local 21, who led the Toys for Tots Toy Drive and to the entire City of Clifton Fire Department for their continuous support in our community outreaches.

Thank you to everyone who has helped make this event a huge success and for giving us the opportunity to show our love to the children we serve through our partnerships and community outreaches. 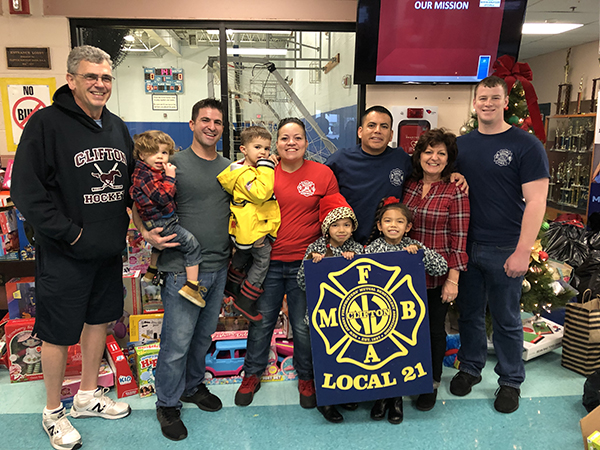 Toys for tot drive group:
Boys and Girls Club, Clifton FMBA Local 21 and Power of One

Power of One CCOM, Inc. is a 501(c)3 nonprofit organization committed to serving the disadvantaged by providing life coaching and outreach to the local community. Power of One is organized to operate as a charitable program for the disadvantaged in providing life coaching, counseling, mentoring and outreach by means of group, one-to-one sessions, workshops, conferences and community outreach projects. Power of One Coaching office is located at 796 Van Houten Ave Clifton.  To learn more, please contact: Kim Castellano, Mission Director, 201-328-2326 or kim@powerofoneccom.org