Goulash Luncheon
PASSAIC, NJ – St. John Lutheran Church in Passaic will offer a homemade “Goulash Luncheon” on Sunday, February 26 beginning at noon. Included will be beef with gravy, green beans, spaetzle, salad, dessert, fruit cup and coffee or tea. Other beverages will be offered for additional charge. The cost will be $15 for adults, children under 10 years $5, and children under 5 years free. The church is located at 140 Lexington Avenue. For information call the church at 973-779-1166 or Lorraine at 973-773-4037. 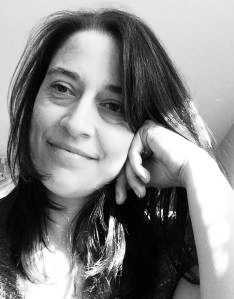 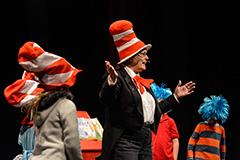 Morristown, NJ— The Morris Museum is holding its annual Dr. Seuss Family Festival on Saturday, March 4, 2017 from 11:00 AM to 4:00 PM. Early access for family with special needs will begin at 10:00 AM.
SCHEDULED ACTIVITIES
Early Access, 10:00 – 11:30 AM
Children and adults with special needs and their families are invited to experience the Festival before the Museum opens to the general public.
Ooblek Making, 11:30 AM, 12:30 PM, 1:30 PM, and 2:30 PM
Mix up a batch of ooey, gooey ooblek.
Cat in the Hat Story Time, 11:00 AM, 12:00 PM, 1:30 PM, and 3:00 PM
Join the Cat in the Hat for readings of your favorite Seuss stories.
Crafts in the Galleries, 10:00 AM – 4:00 PM
Create crafts inspired memorable Seuss characters.
Children’s Theatre: Seussology 11:00 AM and 1:30 PM
Enjoy a fun, lively and interactive program run by a very funny Cat who causes all types of mischief. (Additional fees apply.)
Further program and ticket information is available by calling 973.971.3700 or online at morrismuseum.org.
The Museum is located at 6 Normandy Heights Road (at the corner of Columbia Turnpike) in Morristown, NJ, and is open Tuesday, Wednesday, Thursday, Friday and Saturday, 11:00am to 5:00pm and Sunday, 12:00 to 5:00pm. In addition, the Museum is open evenings from 5:00 to 8:00pm on the second and third Thursday of the month. Admission to the Museum is $10 for adults and $7 for children, students and senior citizens. Admission is always free for Museum members.
Image: Seussology at the Morris Museum. Image by Warren Westura

Flea Market, Craft & Collectible Show
CLIFTON, NJ – A Flea Market, Craft & Collectible Show  will be held on Sunday, March 5, 2017 from 9 AM-4 PM, Indoors & Outdoors  at Clifton High School, 333 Colfax Ave, (off Van Houten Ave.) Clifton, NJ 07013. Admission: Free. Organization Sponsor: Clifton High School Wrestling Team. For information call 201.998.1144 or events@jcpromotions.info There will be 50+ exhibitors displaying an array of quality merchandise such as handbags, crafts, sports collectibles, clothing, jewelry, gift items, DVD’s, scarves, perfumes, antiques & collectibles, garage/tag sale items and so much more all at bargain prices! Shop with us and support the Wrestling Team. JC Promotions  is coordinating this event in conjunction with the Clifton High School Wrestling Team. Other school and/or local organizations that would like to participate by having an exhibitor space to sell their items and/or promote their club are welcome to reserve one of the 4 spaces that will be offered free each month. Please contact JC for a reservation.

Michelle Pyka Laskowski and Malina Stadnik Nealis To Be Honored
NEW JERSEY – The Sons of Poland Benevolent Foundation cordially invites you to attend the annual Meritorious Service Award Ceremony honoring Malina Stadnik Nealis and Michelle Pyka Laskowski on Tuesday, March 7th, 2017 at The Royal Manor in Garfield, New Jersey. The evening (7-9 p.m.) will feature a hot and cold gourmet buffet and premium liquor open bar. Donation: $100.00 p.p. For more information call (201) 935-2807 or write: The Sons of Poland Benevolent Foundation, 333 Hackensack St., Carlstedt, NJ 07072. www.sonsofpoland.org
MALINA STADNIK NEALIS  & MICHELLE PYKA LASKOWSKI
It was just about twenty-two years ago that Malina Stadnik Nealis and Misia Pyka Laskowska, two moms in Mahwah, New Jersey, noticed the large influx of Polish-American families into the area and their parish. Through Ms. Laskowska’s help organizing the local Polish-American Club’s Opłatek Dinner, the community came together, and the idea of a Polish Supplementary School soon blossomed. Meeting space was provided by the pastor of the Polish parish “Immaculate Heart of  Mary” after Ms. Nealis obtained the million-dollar policy needed to provide insurance coverage. Through the years, these families have gathered for social, sacred, and academic events and have developed into an exciting community with much being owed to the efforts and dedication of these two visionaries. The Sons of Poland extends our gratitude to them for the education of Polish heritage, language and culture, instilling history and pride in our youth.

Annual Chopin Concert
PENNSYLVANIA – The Polish Heritage Society of Philadelphia presents a Concert in Honor of Fryderyk Chopin, featuring Eric Lu, on Sunday, March 12, 2017 at 2:00PM.  Location:  Holy Family University Sister Francesca Onley Education Center, 9801 Frankford Avenue, in Northeast Philadelphia.  Free Parking.  Tickets:  $30.00 per person; $20.00 for students.  A Light reception follows the performance.  The guest pianist, Eric Lu, a 19-year old who is rapidly building an international reputation as a young performer with enormous promise and a distinctive musical voice.  He also won 4th prize in the 17th International Fryderyk Chopin Competition in Warsaw, Poland, becoming the youngest laureates in the history of the competition.  He is now studying at the Curtis Institute of Music in Philadelphia .  A native of the Boston, Massachusetts area.  Reservations may be made through the Concert Chairperson, Debbie Majka, 215-627-1391 or email: dziecko2@comcast.net.  Checks should be made payable to the Polish Heritage Society of Philadelphia, and mailed to Debbie Majka, 812 Lombard Street, #12; Philadelphia, PA 19147.

Pulaski Day In Chicago!
CHICAGO, IL — Celebrate Pulaski Day at the Polish Museum of America (PMA) on Monday, March 6, 2017, with top officials from national, state, county, and city governments and leaders of Polonian organizations and institutions, as the State of Illinois pays tribute to the Polish community by honoring Revolutionary War hero Casimir Pulaski. The program includes the traditional wreath-laying ceremony at Stanislaw Batowski’s painting of Pulaski at Savannah. Admission is free and the program begins promptly at 10 a.m. in the PMA Sabina P. Logisz Great Hall, 984 North Milwaukee Avenue, Chicago. General Kazimierz (Casimir) Pulaski (b. Warsaw, Poland, March 6, 1745 – d. near Savannah, Georgia, October 9-10, 1779) is recognized as the “Father of the American Cavalry.” He offered his services as an experienced military leader to the American Continental Army during the American Revolutionary War. “I came to hazard all for the freedom of America,” stated Pulaski in a letter to the Congress. Even before he was officially commissioned by Congress, Pulaski joined the American Army as a volunteer. At Brandywine, in 1777, he greatly distinguished himself by leading a daring attack against the British, thereby saving the retreating American Army. At the insistence of General George Washington, Pulaski was made a Brigadier General and the first Commander of the American Cavalry. He established the Pulaski Legion, a corps of Frenchmen, German Hessians, and Poles, who were instrumental in saving the City of Charleston, South Carolina, from British occupation in 1779. In October of 1779, at the age of 34, General Pulaski paid the ultimate price for freedom: he died from mortal wounds received while leading a cavalry charge in Savannah, Georgia. The General’s mortal remains were ceremoniously reinterred at the Pulaski Monument at Monterrey Square in Savannah, GA in October of 2005. Posthumous honorary US citizenship was granted to General Pulaski in 2009. In 1977, Illinois made Casimir Pulaski Day an official state holiday, the only state in the union that has done so. Join friends and supporters of the PMA as your representatives in government celebrate the commitment of Polish Americans to liberty and justice for all in the United States of America. Refreshments will be served following the official program in the Polish Roman Catholic Union of America Social Hall on the first floor. Free parking. Additional information may be found on the PMA website: www.PolishMuseumOfAmerica.org 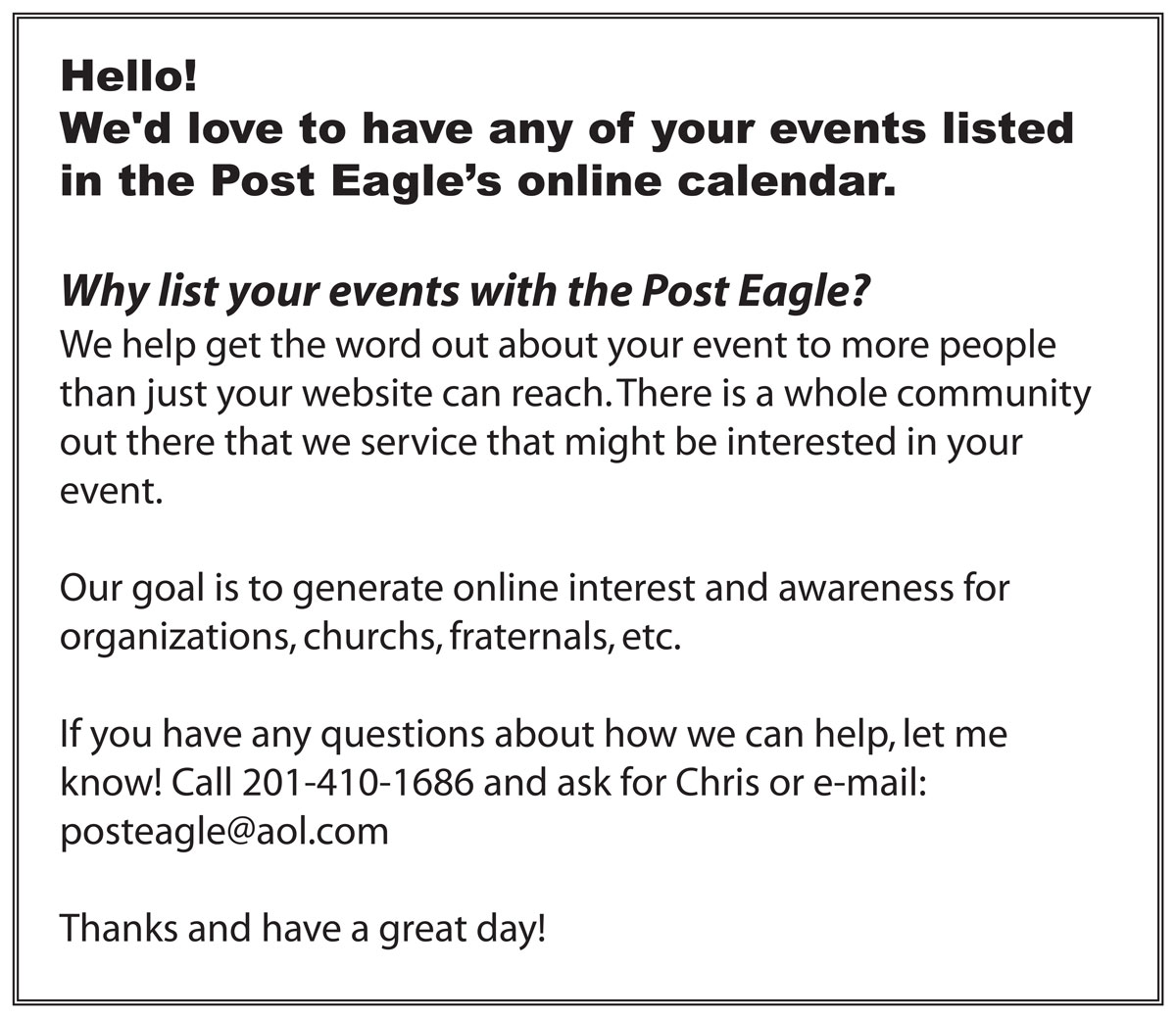