FOLKLORE: Goblins, Ghouls & Baba Jaga
It is Halloween (All Hallows’ Eve) and while Poland does not celebrate this very American holiday directly, it does have subtle cultural similarities. Two days later on November 2, Poles honor those who have passed on the Catholic observance of All Soul’s Day (Święto Zmarłych, Dzień Zaduszny or Zaduszki) . Foretelling and magical occurrences take place on St. Andrew’s Eve (Andrzejki). 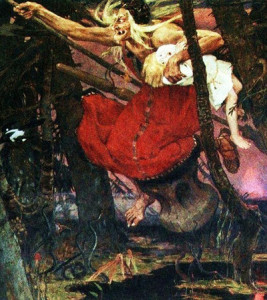 Poland has its own monstrous folklore figure with the mythical, archetypal witch – Baba Jaga. Any Polish child would be very upset if there were no fairy tales with Baba Jaga. This character exists in several cultures. She is the Hindu Goddess of Death, Kali, In Macedonia she is Baba Pora, in Serbia she is Baba Roga.

In Slavic folklore Baba Jaga is a witch-like character. She flies around on a giant mortar or broomstick, kidnaps (and presumably eats) small children, and lives in a house which stands on chicken legs. In most Slavic folk tales she is portrayed as an antagonist; however, some characters in other mythological folk stories have been known to seek her out for her wisdom, and she has been known on occasion to offer guidance to lost souls, although this is seen as rare.

In Polish folklore Baba Jaga’s house rests on a single chicken leg and she wears the the black and red striped weaved cloth of the Świętokrzyskie (Holy Cross) Mountains. She is an unofficial symbol of the area’s Kielce region, which has a folklore rich in legendary witches Sabbaths on Łysa Góra (the famed Bald Mountain).

Баба Яга is used as a stock character by authors of modern Russian fairy tales, and from the 1990s in Russian fantasy.

The name Baba Jaga is composed of two elements: Baba means “old woman, grandmother” used in most Slavic languages; and the second Jaga, is from Proto-Slavic (j)ęgа, which may be related to Lithuanian ingis meaning ‘lazybones, sluggard’, Old Norse ekki – ‘pain’, and Old English inca – ‘question, scruple, doubt;, grievance, quarrel.’ It has also been suggested that Jaga may be a diminutive of the female name Jadwiga.

There are several stories attributed to Baba Jaga. One version says with each question asked of her she ages a full year. The only way to regress in age is by brewing a special tea from blue roses. She is a wise hag who imparts advice and magical gifts to heroes of the pure of heart. Baba Jaga is all-seeing, all-revealing, and all-knowing. She is a forest spirit who brings wisdom through death and rebirth.

Happy Halloween and watch out for Baba Jaga!

For many years I have visited The Headless Horseman Hayrides & Haunted Houses in upstate New York – 778 Broadway, Route 9W in Ulster Park, NY.  For 21 years, the attraction has been creating nightmares with frightening actors, special effects, and terrifying images.  The year guests travel on a one-mile hayride journey witnessing their futures unveiled as a gypsy fortune teller reads from a cursed deck of Tarot Cards. The haunted attractions also include: The Lunar Motel, Glutton’s Slaughter House, The Root Cellar, Dark Harvest Corn Maze, Nightshade Greenhouse, Dr. Dark’s Black Spider Sideshow, The Feeding, and Dahlia Blood’s Manor. In the final haunted house, there is an exquisite unidentified actress portraying an antique mannequin doll without her mohair wig.  Her unassuming gentle portrayal is worth the price of admission alone.

In addition, there are four food concessions, and Fear Gear, a magic/illusion side show and gift shops.  A new introduction is the Scream Pass which provides an advantage on busy nights. For an additional fee, you surpass the lines and move to the front. This gets you in and out quicker with minimal wait time.

At Full Gallop with Krzysztof Zanussi

Polish film director, screenwriter, and producer Krzysztof Zanussi is considered one of Europe’s most renowned film auteurs.  On Saturday, November 2 at 2:00 pm, he will appear in person for a showing of his new film At Full Gallop (Cwał) at the AFI Silver Theater & Cultural Center – 8633 Colesville Rd., Silver Spring, MD.’ Co-presented by American Film Institute and Crossroads Cultural Center, the film (in English, Polish, Russian and Italian with English subtitles) takes place in 1950s Communist Poland  and is a warmly rendered coming-of-age film with a comic look at the lengths to which some go to remain true to themselves.

The Indo-American Heritage Museum and the Polish Museum of America will present Norblin Night on Wednesday, November 13 at 984 Milwaukee Ave, in Chicago.  Discover a Poland-India Cultural link with the showing of the documentary film Chitraanjali: Stefan Norblin in India. The event will include: Art Deco Artwork, Maharajas, ethnic food, Indian Dance and 1930s Polish Tango. The renowned Polish artist began work in India in 1941 as the Court Painter to Maharajah Umaid Singh and created unique and stunning Art Deco murals at his palace.   For information: www.iahmuseum.org; www.polishmuseumofamerica.org; 773 384 3352

On November 26, the Polish Museum of America will travel back in time to the Prohibition-era speakeasy, Untitled at 111 W Kinzie in Chicago, Illinois. Find your way through unmarked doors to enjoy craft cocktails and tasty treats with old during an evening that will showcase unique Polish Art Deco posters from the Museum. A selection of new studio reproductions will be available for purchase to support the care and restoration of the collections of the Polish Museum of America. Tickets are available through Paypal at www.polishmuseumofamerica.org.

Film: In the Name of

new Polish film drama – In the Name of explores a controversial subject with poignancy and compassion.  The US theatrical premiere will take place on Wednesday, October 30 at Film Forum in Manhattan. The film stars Andrzej Chyra is one of Poland’s leading actors of both stage and screen and is directed by Malgośka Szumowska. In the Name of will have a limited engagement: October 30 – November 12 at Film Forum, West Houston St (W. of 6th Ave), with screenings daily at 1:00, 3:15, 6:00, 8:00, and 10:00.

Sherlock Holmes at the Summit

Robert Barwick will play Sherlock Holmes in the community theater production of The Game’s Afoot! at the Summit Playhouse – 10 New England Avenue in Summit,  NJ with performance November 1-16. Tickets can be purchased at: www.brownpapertickets.com; 1-800-838-3006.

As a part of the Kids Euro Festival 2013 in Washington DC, the Pinezka Theatre (Push Pin Theatre) from Gdańsk will present An Old Clown and the Sea on Friday, November 1 at the The Kennedy Center Millennium Stage – 2700 F St. NW, Washington, DC, and the La Maison Française – 4101 Reservoir Rd. NW Washington DC.  Pinezka’s shows are an explosive mixture of clowning, acrobatics, marionettes, stilts, juggling,  and interaction with the audience, which is a great fun for viewers of all ages. There is no language barrier as the actors use elements of pantomime. The event is presented by the French-American Cultural Foundation.   Admission is free.

“Still Life” at the the Starbucks Gallery 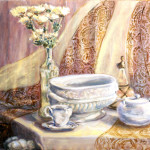 “Still Life” – an exhibition by artist Eva Zeller will be on display from October 27 to December 1 at the Starbucks Gallery in Greenpoint-Brooklyn. Zeller who has lived in the U.S. since 2003, shows several still lifes in pastels and oil technique.  Janusz Skowron  is the curator of the exhibition. Starbucks Gallery – 910 Manhattan Ave, Brooklyn, NY. 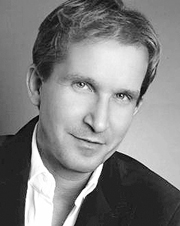