The 67th convention of the American Council for Polish Culture (ACPC) was hosted by an affiliate, the Chopin Society of Chicago, with its president Jaroslaw Golembiowski leading the effort to create an atmosphere conducive to a pleasant meeting. The selected theme was: Polish Emigrant Composers and Musicians.

Thursday morning opening ceremonies began on schedule with the presentation of colors by the Polish Army Historical Association, who wore uniforms of the Polish Armed Forces from the inter-war period. Justine Izewski led in the singing of the Polish and American national anthems. She also sang Michał Ogiński’s Pożegnanie Ojczyzny (Farewell to the Homeland) and Fryderyk Chopin’s Życzenie (The Wish). After greetings by host Jaroslaw Golembiowski and ACPC president Mary Ellen Tyszka, Fr. Philip Majka delivered the invocation. Keynote speaker Mark Dobrzycki, Polonia activist and trustee of the village of Harwood Heights, IL, referenced the involvement and significance of Polonia in the daily life of the greater Chicago community. His engaging speech resonated with many in the audience. At lunch, Dr. Sławomir Dobrzański presented on Tadeusz Zygfryd Kasem (1904-1957) – a Polish-Jewish composer in exile and his role in teaching music. 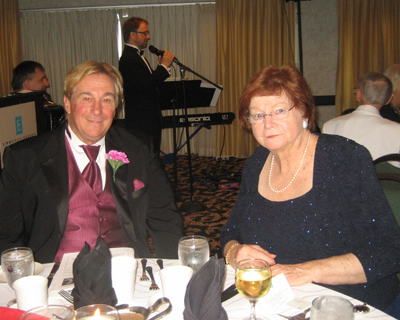 The afternoon was devoted to some sight-seeing. Among others, the group visited the Ed Paschke Art Center, the nearby Masonic Lodge, Saint Hyacinth’s Basilica, then stopping for dinner at the New England Inn for some good basic East-European cuisine. In the evening all enjoyed the Music of Polish Emigrant Composers, with the expressive violinist Krzysztof Zimowski, accompanied by Sławomir Dobrzanski on the piano. Among the music presented was the first-ever public performance of Melody, Jaroslaw Golembiowski’s original composition.

After the morning business session on Friday, lunch was accompanied by a presentation by Jaroslaw Golembiowski on History of the Polish-Emigrant Symphony, based on his doctoral dissertation and illustrated with Power-Point slides. At the end the audience listened to the second part of his 3rd Symphony. The evening was filled with a performance by Katarzyna Sądej, this year’s Marcella Kochanska Sembrich Voice Competition winner. The songs included works by Fryderyk Chopin, Stanisław Moniuszko, Mieczysław Karłowicz, Ignacy Paderewski, Karol Szymanowski, and Jerzy Petersburski’s languid tangos. Sławomir Dobrzanski accompanied her superbly on the piano. At the end Music Committee chair Dr. Wanda O’Brien-Trefil presented the mezzo-soprano with a plaque and flowers.

Among the items accomplished during the discussions were some much needed revisions to the ACPC Constitution and the election of executive officers for the 2015-2017 term of office. These were: Thomas Payne, president; Robert Synakowski, first vice-president; Alicia Dutka, second vice-president; Judy Tompkins, treasurer; and Marcia Lewandowski, recording secretary. Board members elected in this session were: Robert Dutka, Raymond Glembocki, Jackie Kolowski, Cecilia Larkin, Peter Obst, Patricia Skurzynski, and Ted Więcek. Outgoing President Mary Ellen Tyszka was recognized for her strong leadership over the past two years.

Raymond and Cecilia Glembocki presented on the 2014 Boston session of the National Conference for the Social Studies (NCSS), which happened to be the largest such conference ever. Helping the Glembockis and Debbie Majka at the booth were Dr. Andrzej Pronczuk and journalist Jason Franzen. They announced that the next NCSS session will take place in New Orleans, LA, November 13-15, 2015. The Education Committee renewed its commitment to creating prizes for students addressing topics from Polish history at the annual National History Day (NHD) competition. In this year’s finals there were 24 entries that featured Poland or individuals of Polish extraction. Unfortunately, none received prizes. 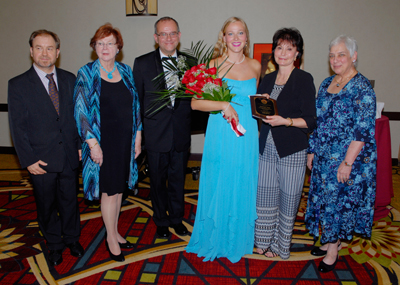 The Savannah Casimir Pulaski Committee reported that the next observance of Pulaski’s birthday will be on March 5, 2016 at the Pulaski Monument, in Savannah, GA. Polish Heritage Society of Philadelphia president Marie Hejnosz reported that the Adam Styka Art Exhibit and Competition, would again take place this year at the National Shrine of Our Lady of Czestochowa in Doylestown, PA (on Labor Day weekend and Sept. 12-13) after a hiatus of several years. Henrietta Nowakowski announced that a 5,000 dollar grant is available to conduct research on the Polish “strike” of 1619 at the Jamestown colony in Virginia.

Two new organizations were welcomed to the ACPC: The Paderewski Symphony of Chicago, as an affiliate; and the Center for European Studies, University of Florida, as a supporting organization.

The site for the Autumn Board Meeting was announced to be Detroit, MI (Nov. 13-14) and planning is underway to investigate the feasibility of holding the 68th Convention in Pittsburgh, PA (dates TBA). The Detroit meeting will give members the opportunity to attend Mieczysław Weinberg’s extraordinary opera, The Passenger at the Detroit Opera House.

The Convention ended with the traditional Awards Banquet. Music was provided by Jaroslaw Golembiowski, the superb Marcus Band, and singer Ewa Staniszewska whose songs took us back to Poland in the 1930s. Honored with the ACPC Founders Award were Raymond and Cecilia Glembocki, and Camille Kopielski. The Cultural Award was presented to Dr. Pawel Checinski, a pianist and teacher of piano, for a lifetime dedicated to music, especially that of Fryderyk Chopin. The Distinguished Service Award recipient was Dr. Zbigniew Sobol for his long service as a physician and surgeon who supported many charitable programs that helped the people of Poland through aid to hospitals and institutions. We were also very pleased to associate with a very large contingent of members from our South Bend affiliate.

As members started their return home from Chicago, it was with a satisfaction that the Convention accomplished some worthwhile goals and set out a plan of action for the next year. Our thanks to Jaroslaw and his organization for arranging the meeting. All agreed that it was a memorable Convention, with exquisite emphasis on Polish music.