When Poland’s prime minister and top diplomat signed the EU accession treaty, little did they know that the benefits would be this immense, both for Poland and the Union?

A decade ago, Poland and nine other countries joined the European Union. This was made possible thanks to our tremendous efforts to meet the membership criteria. We did not join the EU on a whim. We became part of the Union because we carried out comprehensive reforms, practically remodeling our country from the bottom up. In less than a decade, we built a democracy and a free market economy – two pillars of a united Europe.

Poland made this leap by embarking on the path of systemic transformation, which began in 1989. On the 4th of June we will mark the 25th anniversary of the first pluralistic, partially free elections in our country – and the first polls in this part of Europe open to anti-communist candidates – after decades of totalitarianism.

Back then, reeling from 40 years of communist rule, Poland was economically and politically bankrupt – and a headache for the world’s leaders. Today, we are helping to fix problems, in Europe and beyond. We have proven that by staying the course, it is possible to turn the tide of history. And even while we celebrate our successes, we serve as a source of inspiration – be it in Ukraine, Tunisia or Myanmar – regardless of nationality, color, or creed.

This jubilee year, I hope you will be inspired by the story of Poland’s road to freedom and European integration. Suffice it to say that during these ten years of EU membership, Poland’s GDP skyrocketed, increasing by 48.7%. Even in 2008–2013, during the depth of the global financial crisis, our economy grew by 20% – by far the best result in the EU. All this goes to show that Poles have made good use of this historic opportunity. In 2012, cumulative foreign investments in Poland were worth an estimated 178 billion euros, almost quadrupling since 2003. During the ten years of EU membership, Poland created two million jobs. The numbers speak for themselves.

But integration also brought benefits to our partners. It is wrong to claim that EU expansion was behind Europe’s economic downturn. In fact, macroeconomic data shows that the “Big Bang” enlargement had a positive impact on most EU-15 economies. The biggest winners were those who boosted trade with our region or opened up their labor markets to the new members. 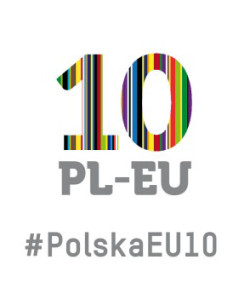 Indeed, all EU countries – both acceding states and those already present in the Union – gain most by tapping into the potential offered by the internal market, in particular the free movement of goods and people. A fact worth recalling, especially when faced with a torrent of cheap and mendacious is Eurosceptic.

Ten years is no more than an historical eye blink. A quarter of a century covers a single generation. And yet, in this short time, we have managed to transform our part of Europe. Looking back at our success, we hope it can be replicated by those currently implementing tough reforms in our neighborhood – and often paying for it in blood, like the heroes of the Maiden. Poland’s example proves that their struggle is worth every effort.

By RADOSŁAW SIKORSKI
Ministry of Foreign Affairs
of Poland